Money usually flows from Spain into Latin America, rather than vice versa. But recent trends show activity is starting to go both ways

Until recently, the trend in transactions has predominantly involved a large number of divestments by Spanish companies in Latin America, says Eduardo Ródriguez Rovira, Head of the Latin America Practice Group at Uría Menéndez.
These companies – mainly banks and constructions companies – are selling assets to improve their capital or reduce their domestic debt. Banco Santander, for example, sold its Colombian assets last year, and recently Bankia sold City National Bank of Florida to Chile’s BCI Bank, and Caixabank sold a stake in Mexico’s Grupo Financiero Inbursa. 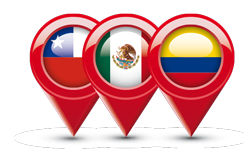 Interestingly, he says, a recent development is that many multinationals are trying to grow their presence in Latin America by partnering with Spanish companies already based in the region. “This is because they see that the established platform that Spanish companies have in Latin America is a good starting point to enter the market.”
But there has also been a trend in increasing inbound investment in distressed Spanish assets. In particular, Latin American companies and family offices are coming to Spain for opportunities in the real estate market. This started to really take off at the end of last year with several transactions announced, such as Caixabank’s selling of over 400 branches to Mexican tycoon Carlos Slim.
The Latin Americans are much less risk averse than northern Europeans or Americans, and they really understand that the crisis isn’t forever, says Rovira. “They see that there are big investment opportunities coming out of the crisis and that now is the moment to invest in Spain – and the sooner the better”.
The hope is that this trend continues, he concludes, but also that once Spanish companies stabilise their equity and domestic debt to manageable levels, they will start investing in Latin America again.