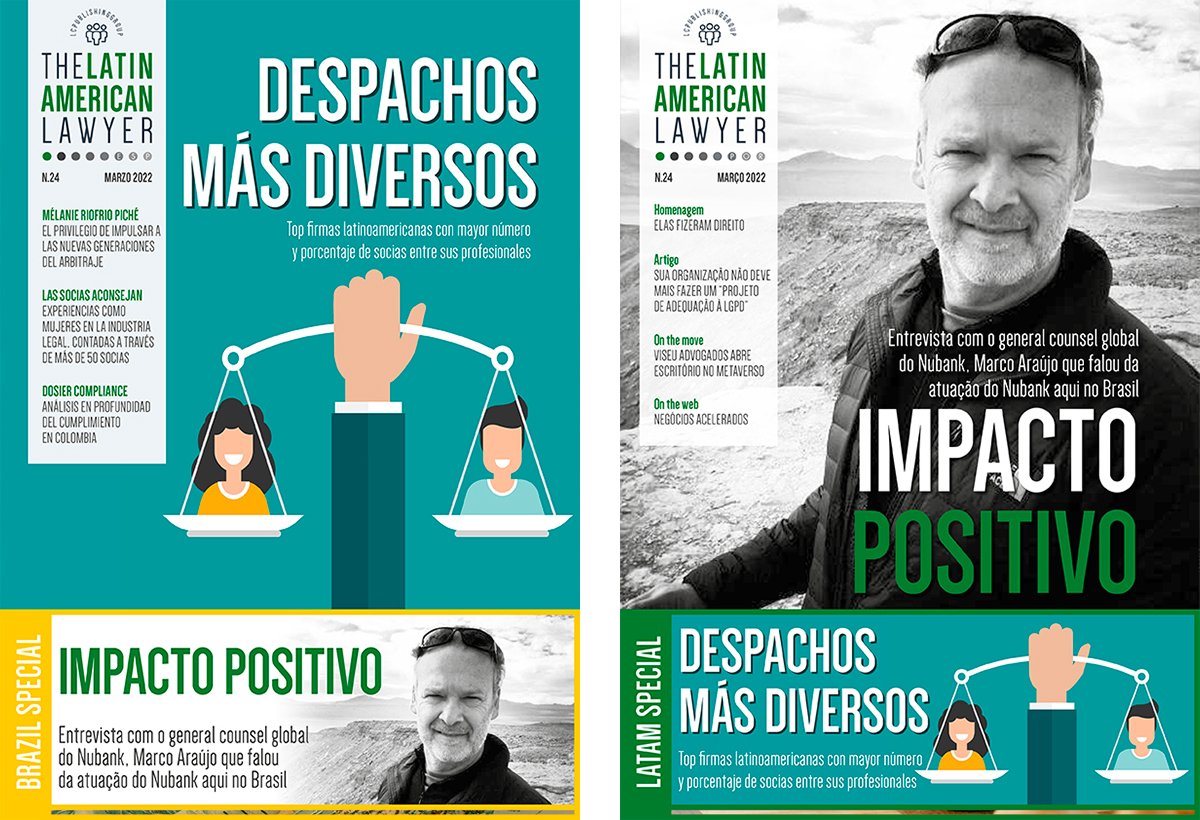 In Women’s Month, we dedicate the spanish cover to our ranking of the Latin American firms with the highest percentage and number of female partners, in which the countries with the most inclusive law firms were mostly from Central America.

In addition, we present a compilation of the experiences and recommendations as women in the industry of more than 50 female partners from 30 law firms.

Our Brazilian cover story is dedicated to our interview with the global general counsel of Nubank Bank, which has had a very positive impact in recent months at an international level.

We highlight the efforts of companies to keep investments on track, so we feature the most important banking and financial transactions in Latin America in our On the Web section. On the other hand, in the Brazilian version we focus on the most solid deals in M&A, joint ventures, Capital Markets, among others.

Also, in both versions, we cover the most outstanding signings of the last few months in the On the move section.

We interviewed Mélanie Riofrio, the first woman appointed by Ecuador to the list of arbitrators of the International Centre for Settlement of Investment Disputes (ICSID), who shared with us, in addition to her trajectory, her great interest in international arbitration. Available in the spanish version.

In the portuguese version, Luis Fernando Prado, founding partner of Prado Vidigal, explains the problems in adapting to the General Data Protection Law in Brazil, as well as proposing a tangible solution that organisations can adopt.

In addition, in line with International Women’s Day, in this version we have a tribute to some of the most outstanding women lawyers in the history of Brazil.

We travel to Colombia to continue learning about the use of Compliance from the World Compliance Association.

Finally, from the group’s Italian magazine, MAG, we offer two interviews with an eye on Europe.

The latest issue is available for free download here.