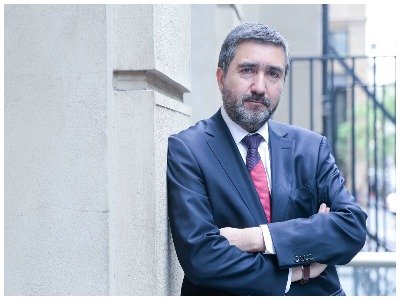 Chilean law firm Vázquez Urra Abogados has announced the incorporation of Juan Araya Allende (pictured) as a new partner of the firm, who, as of 1 April, joins the Public and Regulatory Law practice.
“Today, practically all sectors of the economy are regulated,” said Araya Allende, who considers the area of Public Law as an increasingly important segment of professional performance in terms of the interaction of the private sector with the public world.

Previously, Juan served as director of International Affairs, Trade Policy and Sustainable Development at the Ministry of Finance, where he was a full member of the Commission on Distortions and representative of that Ministry in various governmental committees and commissions in the economic and regulatory area. He was also twice national director of Customs, as well as deputy director of the Investment Attraction and Promotion Agency InvestChile.